A team of scientists at Karlsruhe Institute of Technology (KIT) in Germany are giving new meaning to the 1960’s Hippie mantra “Flower Power.”   According to an article in Solar Daily, a KIT team of scientists “…reproduced the epidermal cells of rose petals that have particularly good antireflection properties and integrated the transparent replicas into an organic solar cell,” which has resulted in a 12% efficiency gain.

The theory behind the experiment was that solar works in a manner similar to the photosynthesis of plants in that both absorb light energy and convert it into energy. Plants, of course  are more efficient at this as they have had millions of years of practice, are able to trap the light from various angles, and according to the scientists ”…possibly use a larger portion of the sun’s light spectrum.”  Following this line of thought, the KIT scientists set out to “… replicate the outermost tissue of the petals of higher plants, the so-called epidermis, in a transparent layer and integrate that layer into the front of solar cells in order to increase their efficiency.”
After studying the optical properties of many plant species, especially the “…anti-reflection effect of the epidermal cells, 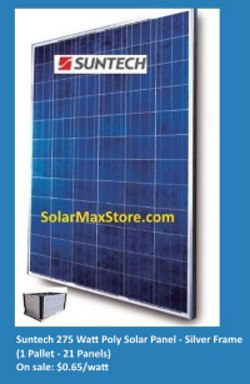 the researchers found that these properties were particularly high in rose petals because they provide stronger color contrast, and subsequently a greater likelihood of pollination.
The KIT Team then replicated the structure of the rose petals’ epidermis over a larger area in a process that Dr. Guillaume Gomard, KIT’s Group Leader of "Nanopothonics", describes as a  an  “…easy and cost-effective method [that] creates microstructures of a depth and density that are hardly achievable with artificial techniques,"
After integrating the replica of the rose petal epidermis into an organic solar cell, the scientists found power conversion efficiency gains of twelve percent for vertically incident light.  The efficiency gain was even higher at very shallow incidence angles.
"Our method is applicable to both other plant species and other PV technologies," Guillaume Gomard explains. "Since the surfaces of plants have multifunctional properties, it might be possible in the future to apply multiple[s] of these properties in a single step."
Source:  Solar Daily, 'Flower Power': Photovoltaic cells replicate rose petals, June 28, 2016
Previous Post