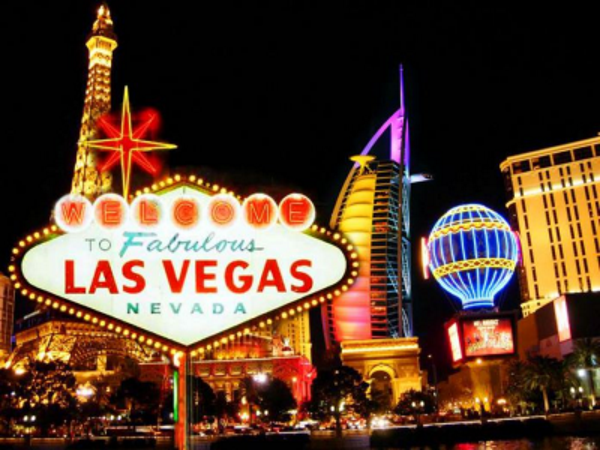 The city of flashing lights is now the largest in America to run on 100% green energy. Las Vegas, Nevada is now running all its city utilities on 100 percent renewable energy. It took a ten-year plan, and threats to leave the grid, but the goal to be running the city without oil has now been realized.

The newly structured deal will save the city $5 million a year.
City officials almost ditched the state’s largest energy provider, NV Energy, but they finally reached an agreement, and now power is flowing from a mix of solar panels, and hydroelectric turbines running in places like the Hoover Dam. The city of Las Veg.
The goal was fully realized just weeks ago when Boulder Solar 1, the large-scale project near Boulder City,

went on line, city and NV Energy officials just announced. Las Vegas also already generates power to on-site facilities with tree-shaped solar panels in the City Hall plaza, and shade canopies at city parks replete with solar arrays on the roof of wastewater treatment plants.
Las Vegas also reduced its total energy consumption since 2008 by more than 30 percent, according to Tom Perrigo, the city’s chief sustainability officer and planning director.
Las Vegas is proving, like other cities who recently dedicated themselves to going 100% sustainable, that every city in America could be running on green energy. Saint Petersburg, Florida recently made the commitment, along with San Diego, San Francisco, and San Jose California, as well as Rochester, Minnesota; Aspen, Colorado; Greensburg, Kansas; Burlington, Vermont; Grand Rapids, Michigan; Georgetown, Texas; and Easthampton, New York.
The movement has been organic and grassroots, but local experts, policymakers, and business leaders, along with residents of every town have made great strides to unshackle themselves from Big Oil, and live greener. It looks like the plan is working.
Source: Reprinted From www.NewWorldWow.com
Previous Post
Next Post
Quick View