team of researchers at Belgium's Ghent University have invented a solar-powered machine that turns urine into drinkable water, which can then be used to make beer. The device heats the urine in a large solar-powered boiler, after which it is passed through a membrane that filters out the water and the nutrients such as nitrogen, potassium and phosphorous. The nutrients can then be used as fertilizer. The water can be used to make beer or simply used as potable water. 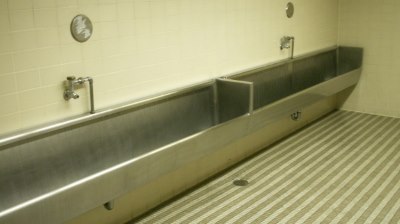 Using the slogan "peeforscience", the team recently deployed the machine
at a 10-day music and theater festival in central Ghent (stock image)

With the slogan "peeforscience" the Ghent University team collected some 25,000 liters of urine at a 10 day Roskilde Music Festival in Demark where, as you might expect, a lot of beer was consumed. The device produced 1,000 liters of drinkable water from this past summer's festival that appropriately will now be used to make beer - A Belgian specialty.

'We call it from "sewer to brewer" said Dr Derese of the Ghent team.

Speculating on the possible uses for this water purifying machine, Dr. Derese thought it could be used at large sports arenas and even airports - Not a bad idea when you consider most European jurisdictions, and for that matter, American jurisdictions too, keep increasing the price of water.

Dr Derese added that 'the team hopes to take the machine to rural communities in the developing world where fertilizers and reliable drinking water are short in supply.'